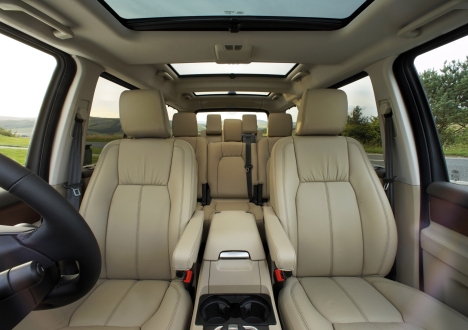 A New Era in Vehicle Air Conditioning has commenced

The EU MAC (Mobile Air Conditioning) Directive (2006/40) when put in place in during 2006 set a maximum limit of GWP (Global Warming Potential) of MAC Refrigerant gases used in new car platforms at 150 from January 2011. Then, from January 2017 the Directive stated that this standard must apply to ALL new vehicles.

Currently, the most commonly used refrigerant used in vehicle air conditioning or climate control systems is known as R134a which has a GWP of 1430 creating high levels of greenhouse gas emissions, namely carbon dioxide (CO2) and if released into the atmosphere takes many months to break down.

The pressures to combat climate change started a growing focus on the environmental impact of refrigerants fuelling a demand for sustainable solutions that can provide a satisfactory cooling performance with a much lower global warming impact.

In order to comply with the revised targets a new refrigerant has been developed known as R1234yf. This new refrigerant has a GWP of just 4 (well below of the EU Directive target of 150) providing substantially lower greenhouse gas emissions than R134a and thus very significantly lowers the carbon footprint over the lifetime of the vehicle. This new gas is non toxic and if it ever escapes into the atmosphere breaks down into its components within hours.

To date Land Rover has chosen R1234yf as the refrigerant for the new Range Rover Sport (L495) from 2014MY, Range Rover (L405) from 2014MY, Rover Evoque from 2013MY and the Discovery Sport from 2015MY. All future vehicles released by Land Rover starting with the new family of Discovery vehicles (due late 2016) and those built by the Special Vehicle Operations division will also be R1234yf compliant.

Whilst having a very significant but positive impact on greenhouse gas emissions, R1234yf is a more complex and costly refrigerant to produce and is currently approximately 20 times more expensive to purchase than R134a. It also requires specialist equipment with added built in safety measures than those previously needed to carry our any recovery and recharge operation. Additionally, now by Law, every person that is involved in ordering the gas, handling it and carrying out any work on a vehicle air conditioning system must undergo a full City and Guilds training course to obtain specific qualifications and be certificated before any involvement with the new refrigerant, or vehicle air conditioning systems and components can commence.

In order to comply with the new regulations and to make sure that all operations are carried out specifically as Land Rover have intended, Rovertune Ltd. has purchased the only vehicle mobile air conditioning equipment approved by Land Rover for dispensing the new refrigerant and its technicians have undergone the requisite training and are certified to handle and dispense the gas, as well as carry out work on vehicle air conditioning systems and components.

Carrying out an air conditioning service on a system where R1234yf is involved takes approximately one hour to go through the full cycle. During this process the new machine will recover and regenerate as much of the vehicles existing refrigerant as possible and only top up with the minimum amount of new gas as needed on a fully measured basis up to the limit of the system as set by Land Rover. The process will also include the injection of dye to detect any leaks and the addition of PAG oil in order to maintain lubrication of the compressor and system seals.

Because of the very expensive nature of the refrigerant each customer will receive a full print out clearly identifying the amount of new gas injected into the air conditioning system during an air conditioning service or repair.

Whereas with R134a systems a full air conditioning system service was undertaken at a standard cost of £75.00 plus VAT which included labour, dye, oil, refrigerant and cabin deodoriser, the new R1234yf costing regime will be different.

There will be a standard charge of £67.00 plus VAT for labour. Refrigerant will be charged per gram weight used to top up the system as shown on the machine printout and will be based upon the cost at the time of the gas container purchase. Current costs (Dec 15) for bulk purchase of R1234yf gas is approximately £200.00 + VAT per kg. The costs for dye, pag oil and cabin deodoriser will be charged separately. It is hoped that as more vehicles are charged with the new refrigerant over time and as production increases the cost of the gas will reduce.

In view of the high cost involved in purchasing the new refrigerant it is vital that vehicle air conditioning systems are regularly operated throughout the year (even in winter) and automatic climate control systems are operated continuously whilst the vehicle is in use. This will ensure the system remains well lubricated and does not allow the seals to dry and leak refrigerant into the atmosphere. It is recommended that a full air conditioning service is carried out every two years (but certainly no longer than three years) to make sure that all components are operating correctly and the volume of gas is maintained at maximum capacity. If any fault is suspected vehicle owners should seek expert opinion as a matter of urgency to avoid any large loss of refrigerant, which clearly will be very expensive to replace.

If you require any further information, or assistance please contact us at Rovertune Ltd.

We use cookies on this site to improve your experience. By continuing to browse the site you are agreeing to our use of cookies. You will only see this message once. Find out more